When my partner, Audrey, and I arrived at Selva Bonita for a week of volunteering through WorkAway, we had no idea what the Hanal Pixán festivities were, nor that the timing of our visit would overlap with the tail end of its celebration on November 10. H

Hanal Pixán, as we learned, is a Maya tradition honoring one’s deceased family and friends.

It bears resemblance to other Día de Muertos celebrations, but with deviations from what you might witness elsewhere in Mexico during the final days of October. For example, Audrey and I spent the October 31 through November 2nd in Oaxaca City, where the late-night muerteadas (parades) of San Agustín and iconic panteones (cemeteries) inspirational of Disney’s Coco reside -- in contrast, for us, Hanal Pixán felt at once more intimate and familiar.

The night before, we went to the nearby town of Chunhuhub for a local competition where various groups, including families and schools, created their own altars.

As Margarita, our generous host at Selva Bonita, explained to me, Hanal Pixán kicks off on October 31st. Every year, the dead visit the land of the living then -- first the children, followed by the adults -- and on November 10, after stocking up dulces (sweets) and foods left upon their altar, the dead return. (Although, Margarita noted, the date of return, and corresponding tail-end celebration, can vary from November 10 based on the family’s discretion).

As November 10th itself arrived, the day-of preparations at Selva Bonita felt reminiscent, in the best way, to the high-energy bustle throughout the house familiar to most Americans during Thanksgiving: cooking never stops, aromas abound, the oldest to the youngest each contribute within their own niche to what will culminate together in the evening.

Natasha and Yuli -- with oversight from master chef, Juanita -- guided Audrey through wrapping her first pib.

Don Severo and Don Damian constructed a new altar from scratch, utilizing wood hewn from the jungle only a few hundred yards away and thatched palm leaves.
Don Severo led us through the creation, and eventual lighting, of an earthbound, underground oven -- similar in many respects to Hawaiian kaluas popular at luaus.

Pib, as Juanita clarified for me, consists of the same ingredients as tamales. What distinguishes pib is its heating through the underground oven.

To close the night, a local theater group animated the spirit of Hanal Pixán through the story of a young woman at her own altar encountering the Maya gods and muertos (dead). Audrey noted that the folklorico dancing was some of the best she’s seen live.

Given the intimacy of Hanal Pixán, we could not be more grateful to Don Damian, Don Severo, Juanita, Margarita, Natasha, Yuli, Mari, and the rest of the Selva Bonita family for welcoming us with such open arms. What a truly special experience! 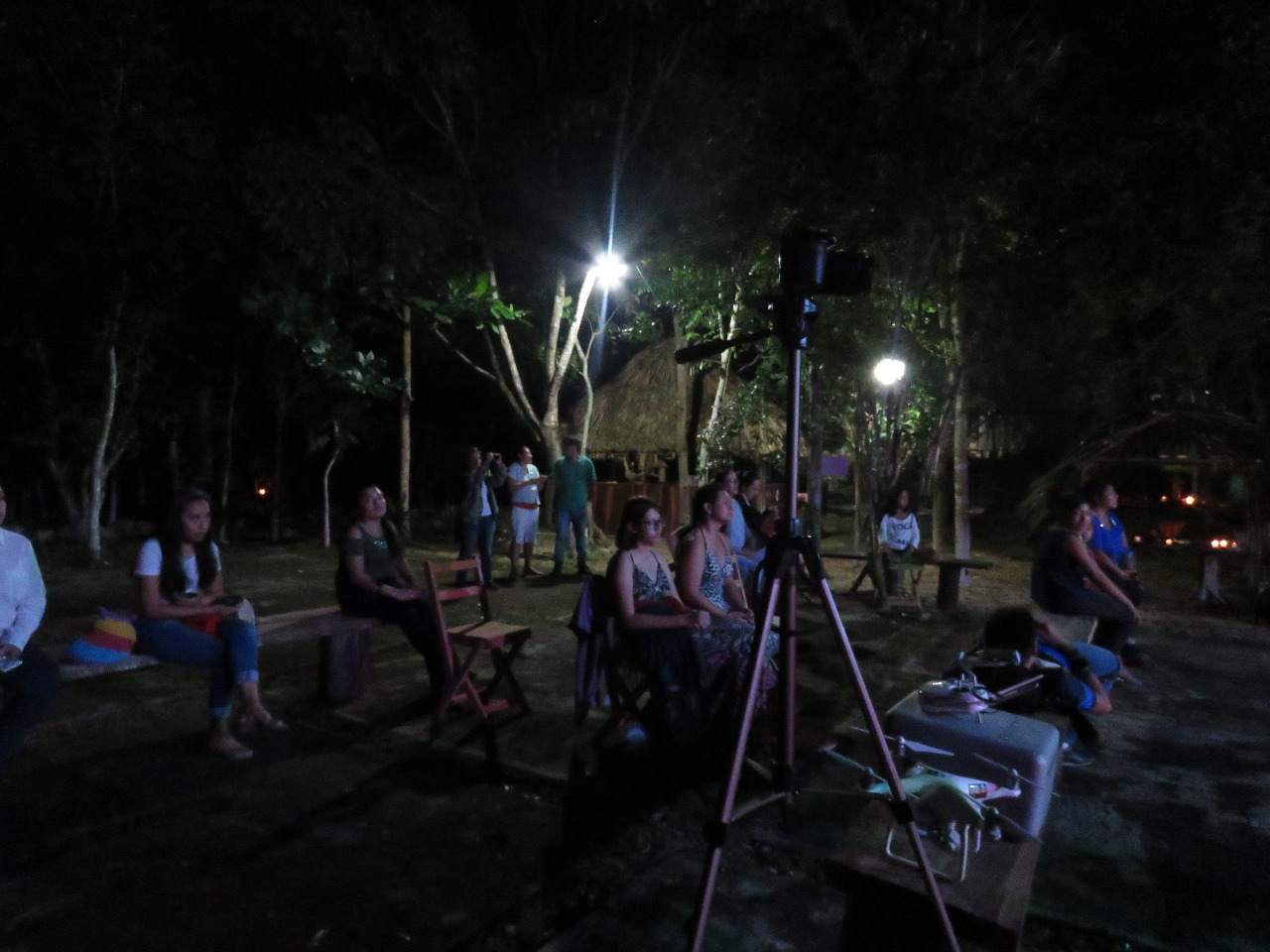 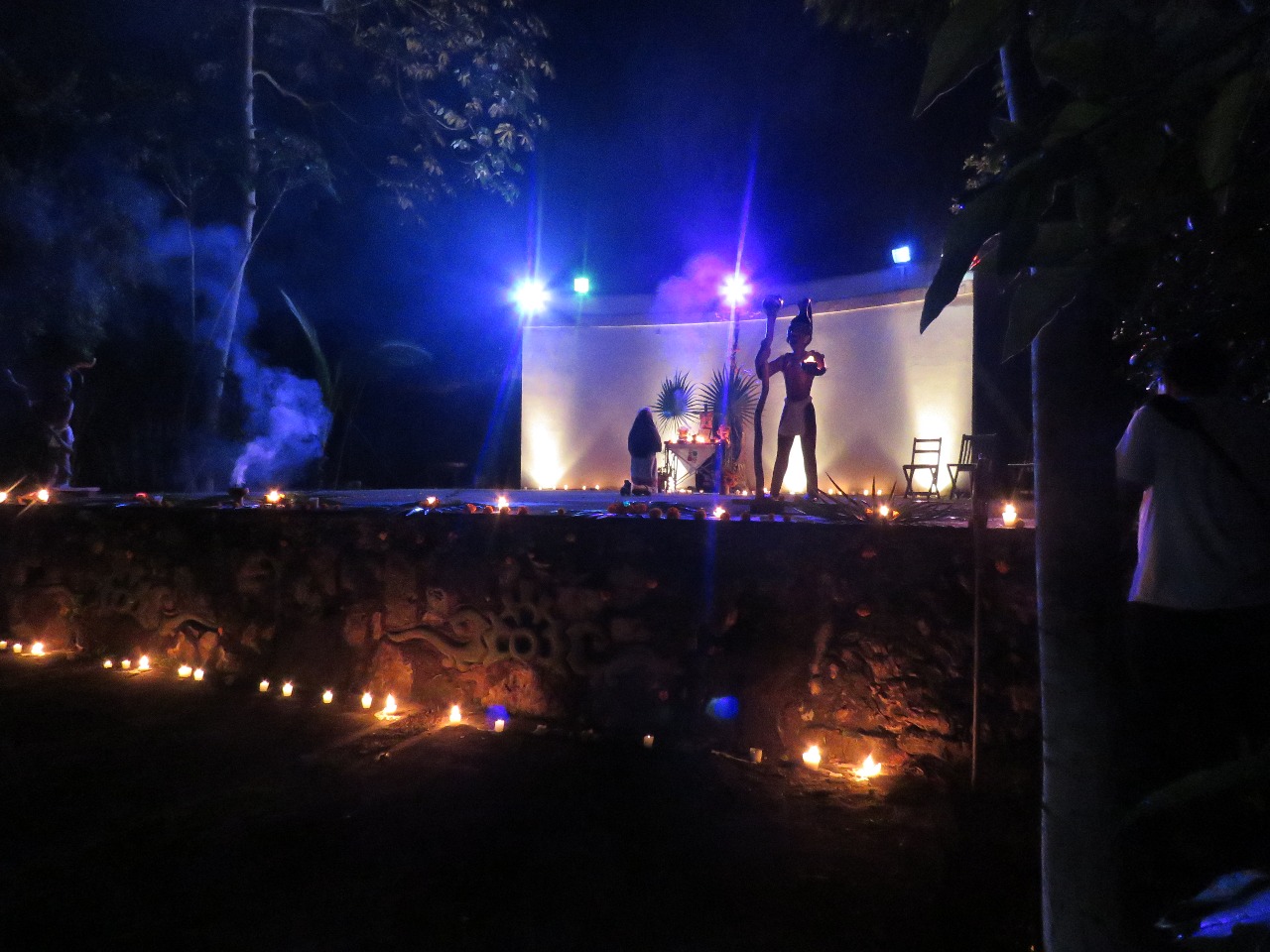 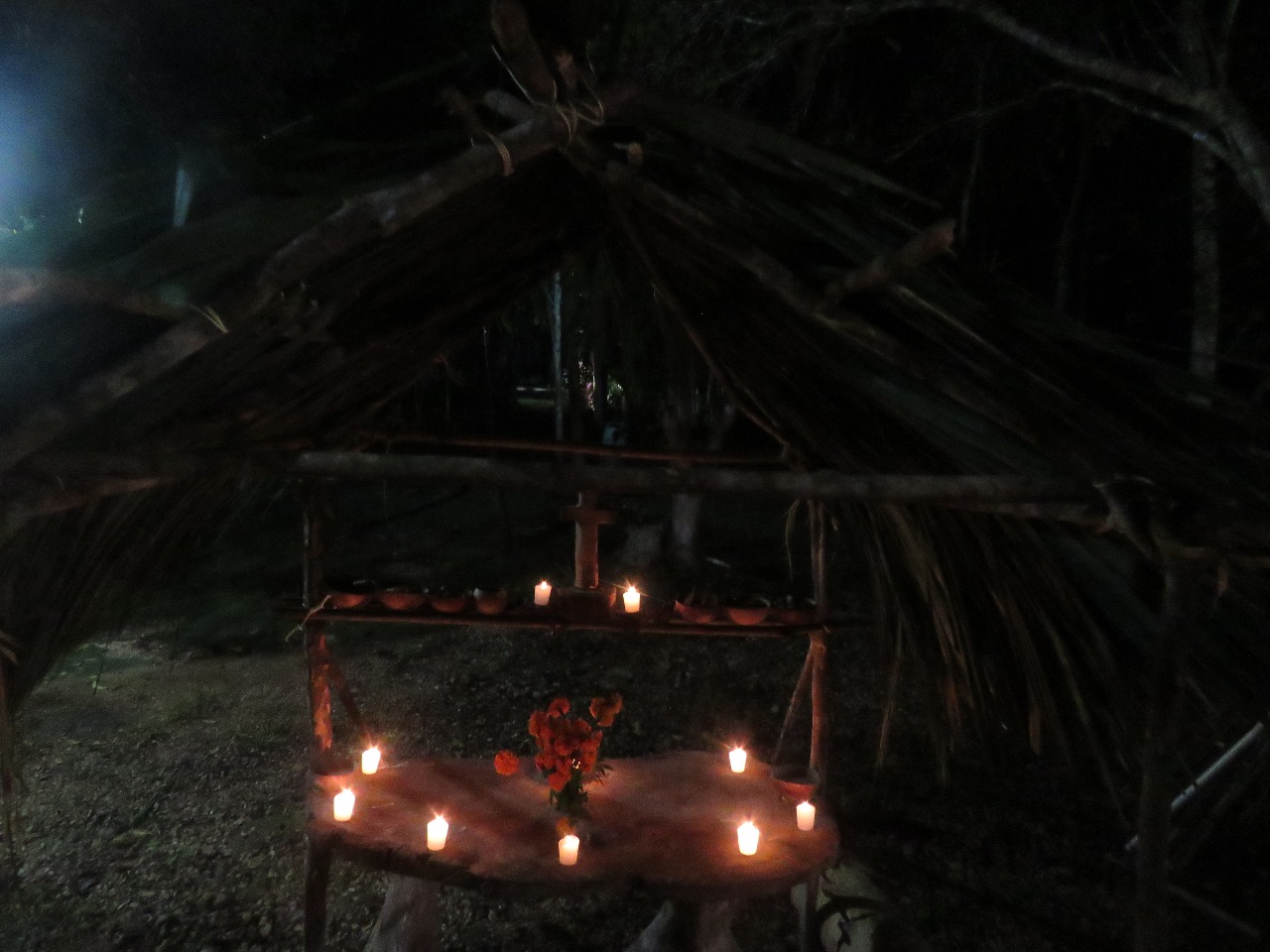 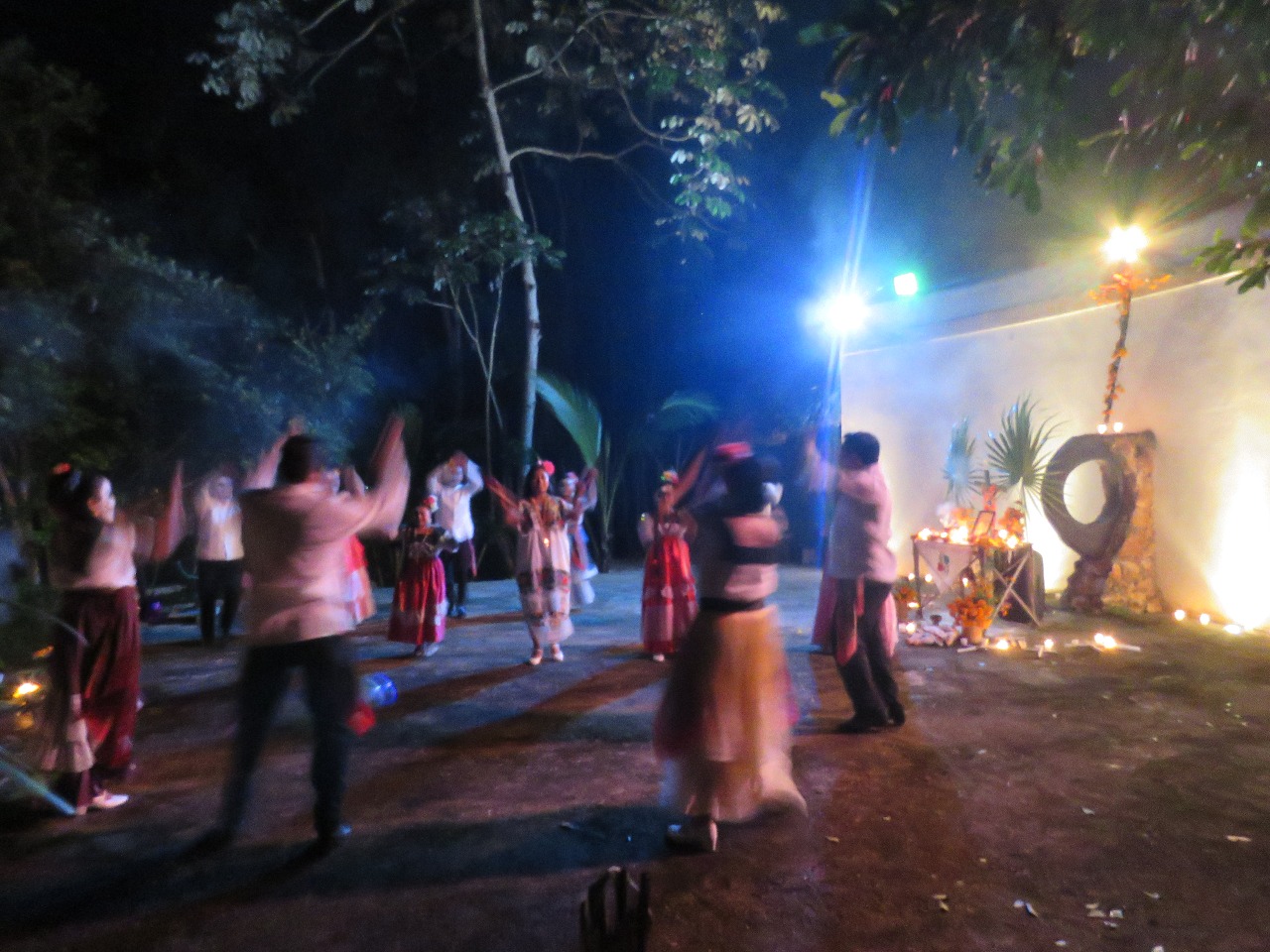 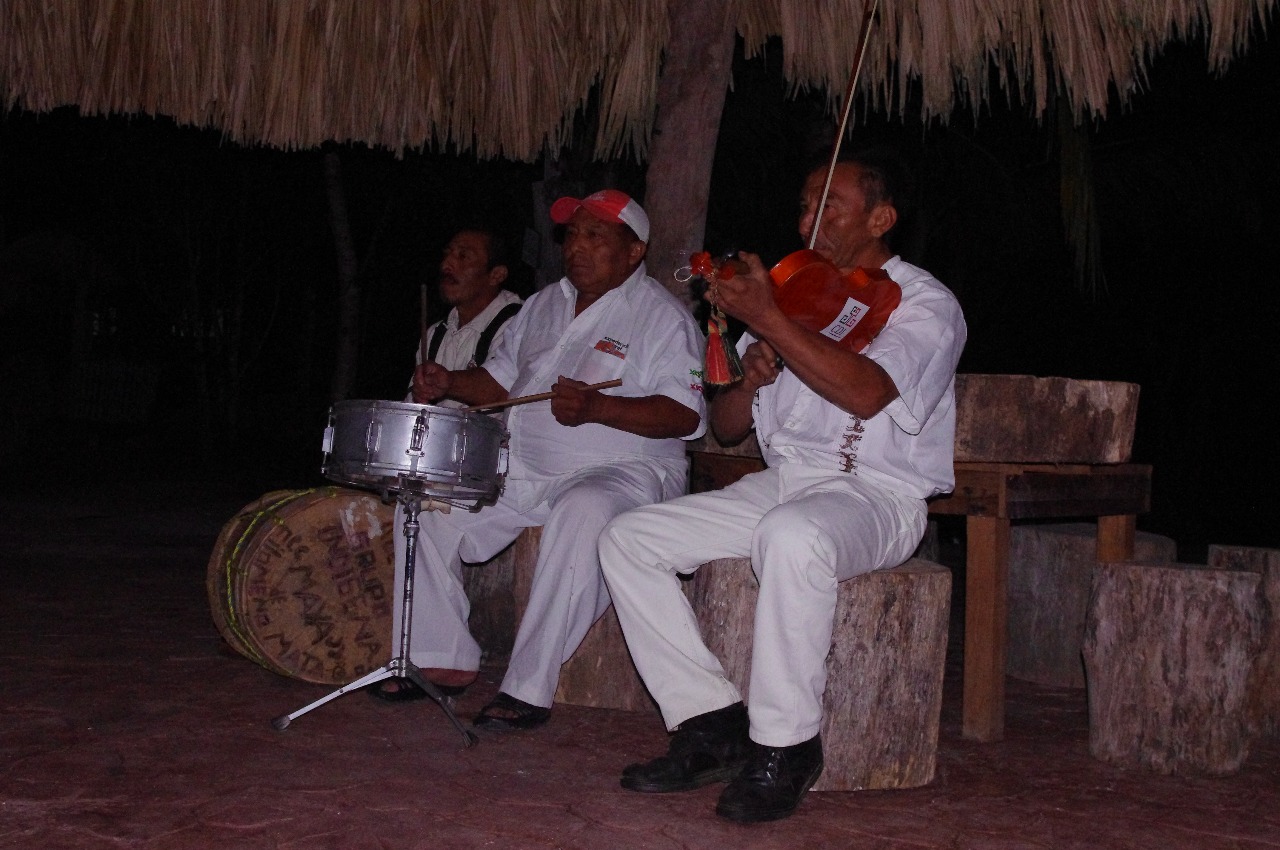 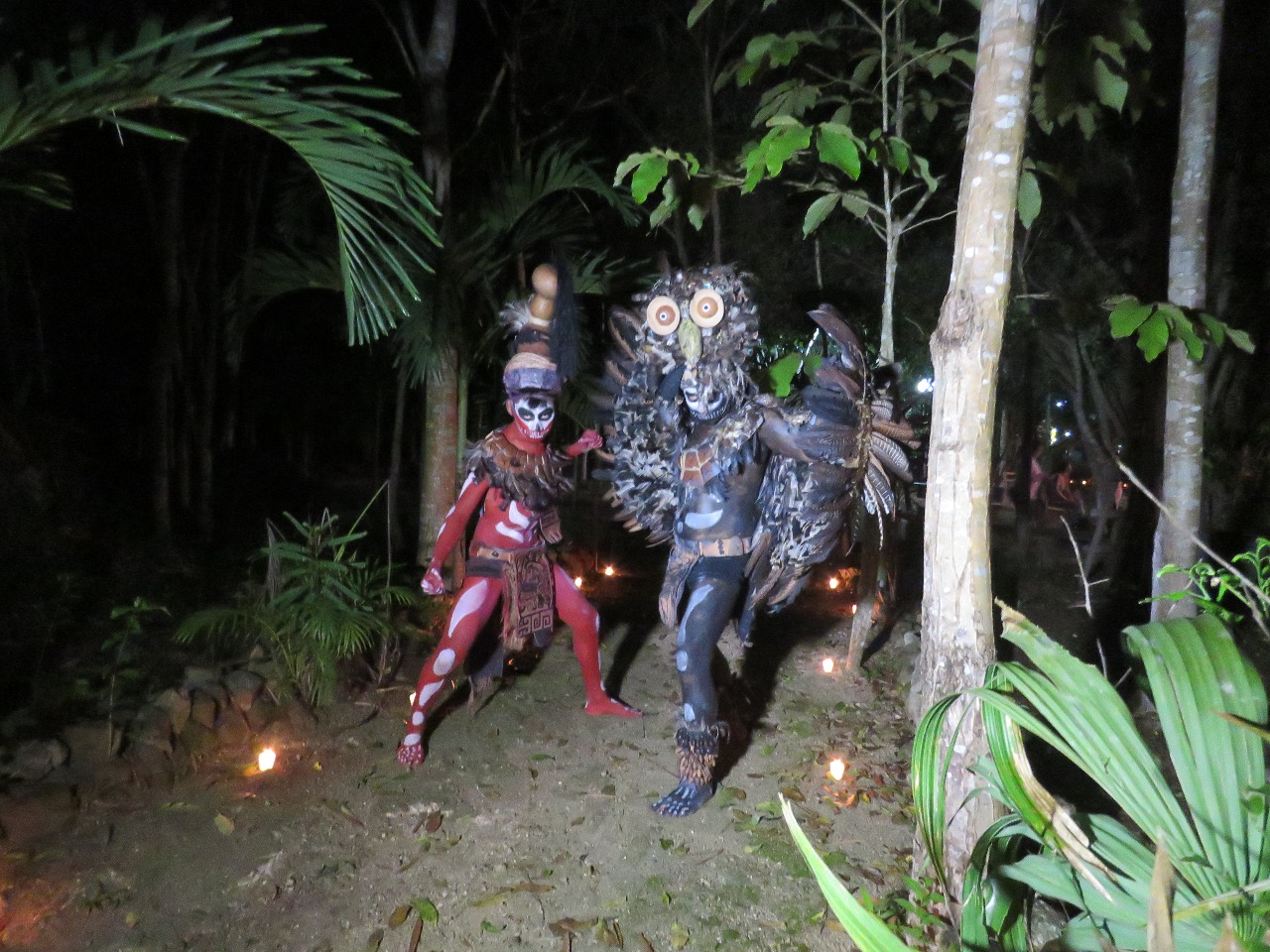