Cave of the Hanging Snakes Tour

Cave of the Hanging Snakes Tour

Myself and my boyfriend did the Cave of the Hanging Snakes tour with Selva Bonita, and it was one of the most unique experiences we have had in our year of travelling through Latin America.

We set out from Selva Bonita, Chunhuhub at about five in the evening and spent one hour on the road to our destination.From there, we met our guide and were given helmets, head lamps and our bikes. We did a relaxed but very beautiful cycle through the jungle (roughly fifteen minutes and nearly all on the flat save for some slight inclines). We then arrived at a small Maya style hut where we dismounted the bikes and our guide gave each of us our face mask and rubber gloves. Our guide explained that we were using these as inside the cave there was a lot of bat poo, so it was for our own protection to have them. We then started down the short trail that led to the opening of the cave.

At the mouth of the cave we waited for the last rays of sun to fade in to night as our Guide explained the history of the cave, how it was discovered and why it is so rich in biodiversity. We then watched as clouds of bats left the cave (100 bats leave the cave every second for one hour continuously as night falls). It was utterly mesmerizing to watch the bats move within the cave, emanating from holes deep within the cave in huge groups, we were absolutely spellbound watching them for at least thirty minutes. And then, it was time to go more deeply into the tunnels of the cave to see the hanging snakes hunt and eat the bats, something we will never forget!

We moved in to a crouching position and went in to one of the tunnels from which the bats were coming, this meant moving through small spaces and doing a small amount of rock climbing. We then came to a small cavern where our guide signaled to use that there was a hanging snake feeding. We entered the cavern and sat watching the hanging snake feeding, our guide would also intermittently turn off his head lamp (so as not to overly disturb the animals in the cave), sitting in the dark as thousands of bats wings passed us by was a surreal experience !!
After about twenty minutes in this part of the tunnel we went a little deeper in to an adjoining cavern where we were able to stand fully and see three other hanging snakes feeding. All the while our guide was answering our many questions and giving us lots of information about the snake and bat species.

We then moved back through the tunnel the way we had come and went to see the ‘aquatic’ part of the cave. Here we saw creatures that I have only ever seen in nature documentaries, completely white and semi transparent fish and crustaceans swimming in deep lakes of crystal clear water, which never see the light of day. Here our guide explained to us more about how the community works to preserve the caves and we could sense the absolute respect that the locals had for the unique biodiversity. After spending some time at the lakes, we moved up closer the mouth of the cave where our guide pointed out an incredible array of fossils in the stone roof just above our heads, I don’t know the names of most of the creatures we saw fossilised there as they are from the Jurassic period. Our guide as always had lots of information for us and was able to point out and name many of the creatures, including the fossilised imprint of the first form of life to leave the sea, 540 million years ago.

From here, we moved back towards the mouth of the cave and came out into the night air. We collected our bikes and did the short cycle back to where we had started. This tour was absolutely outstanding and something which has left a big impression on me. Utterly beautiful and completely preserved, I feel so lucky to have been able to explore the caves with someone from the local community.

All in all the tour took about two and a half hours with one hour and half of that time spent inside the cave. 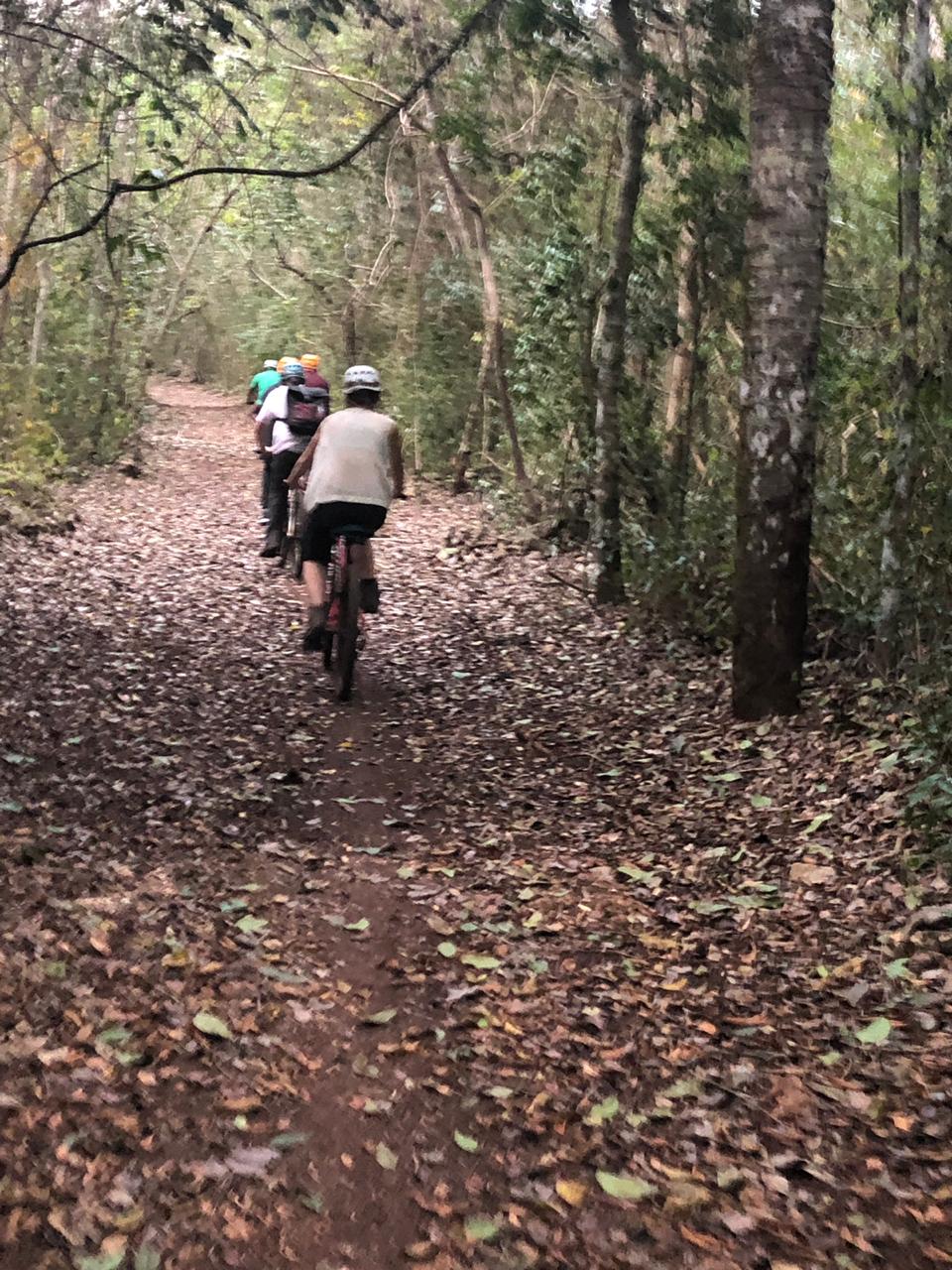 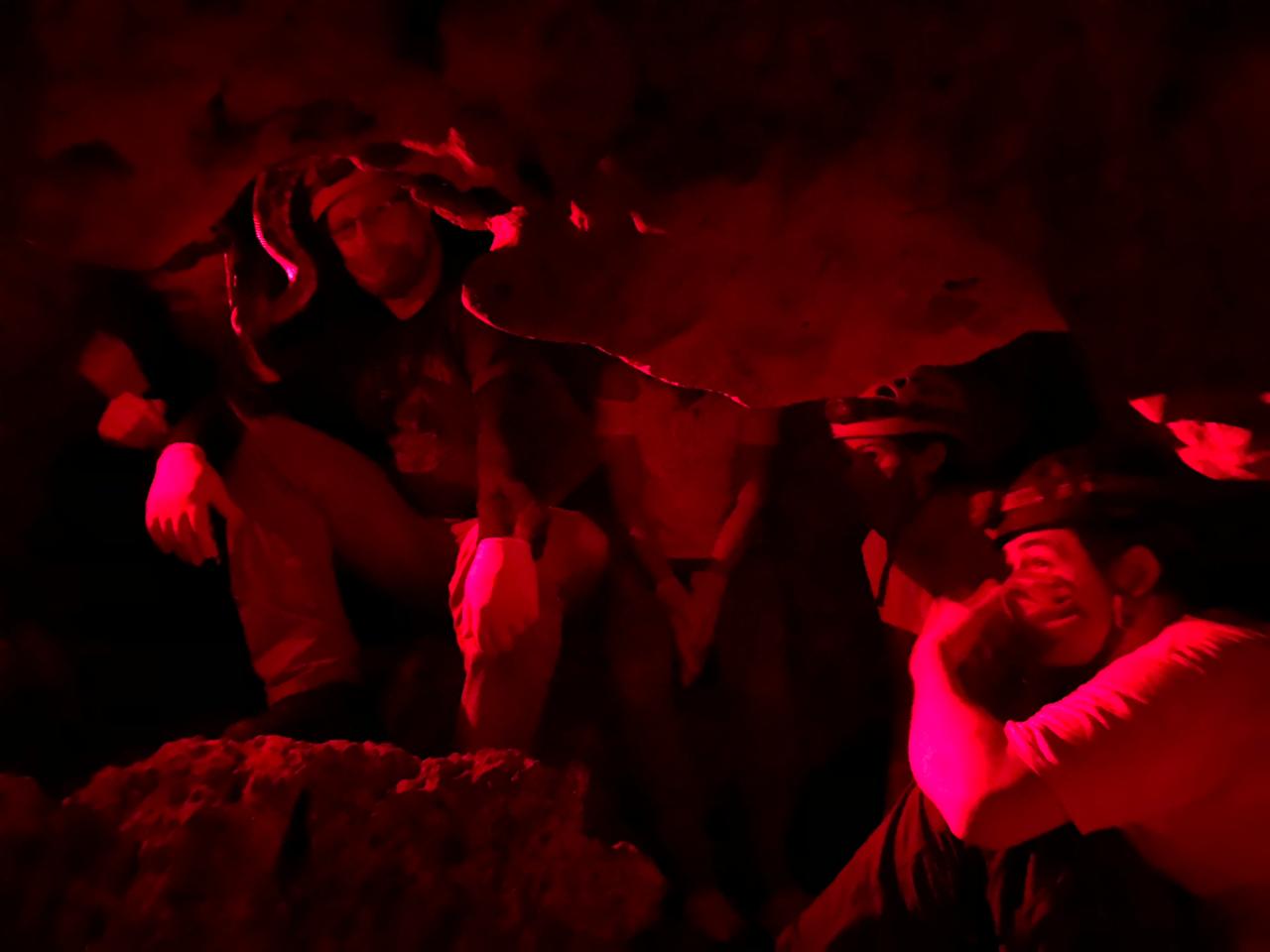 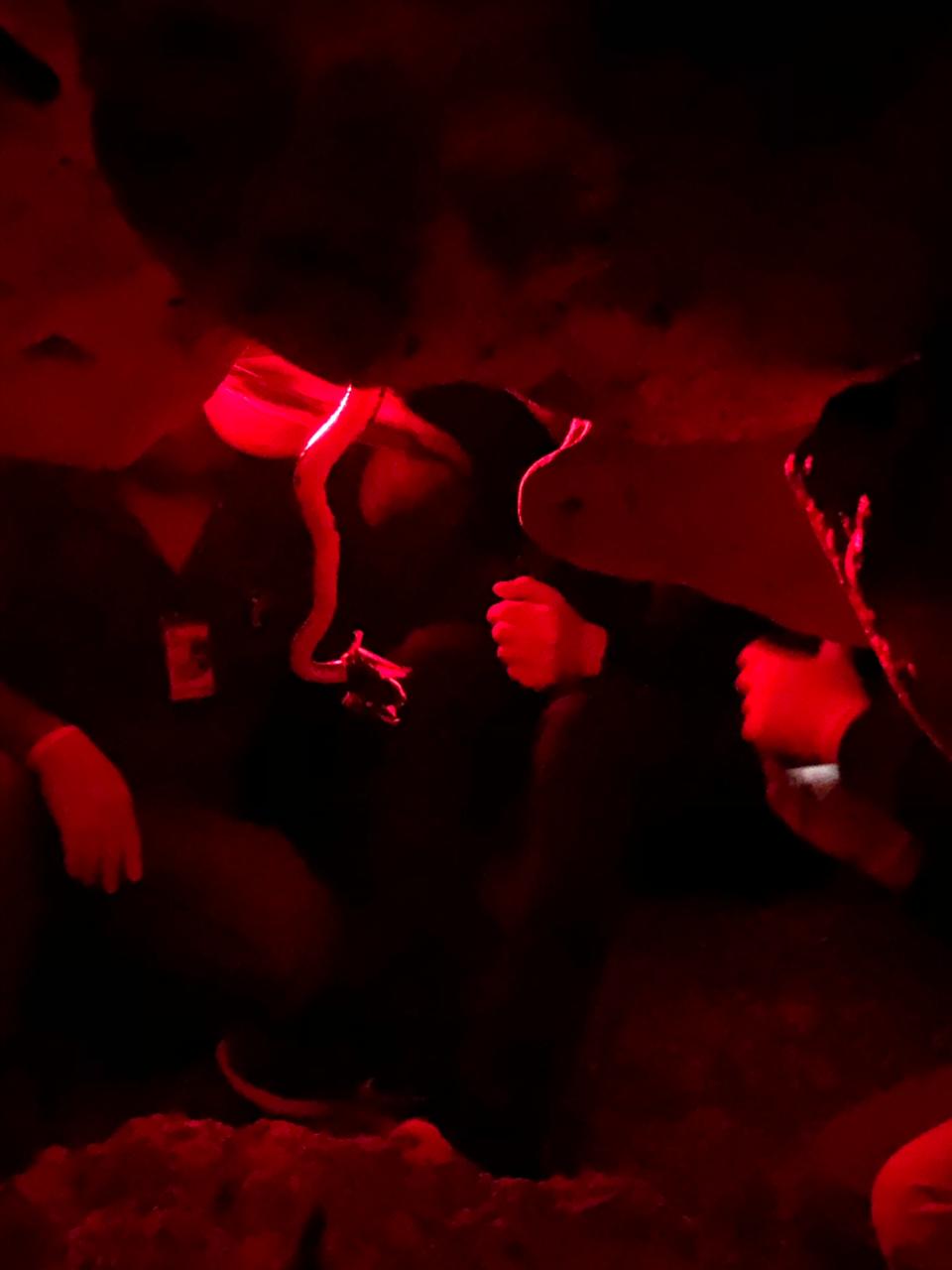 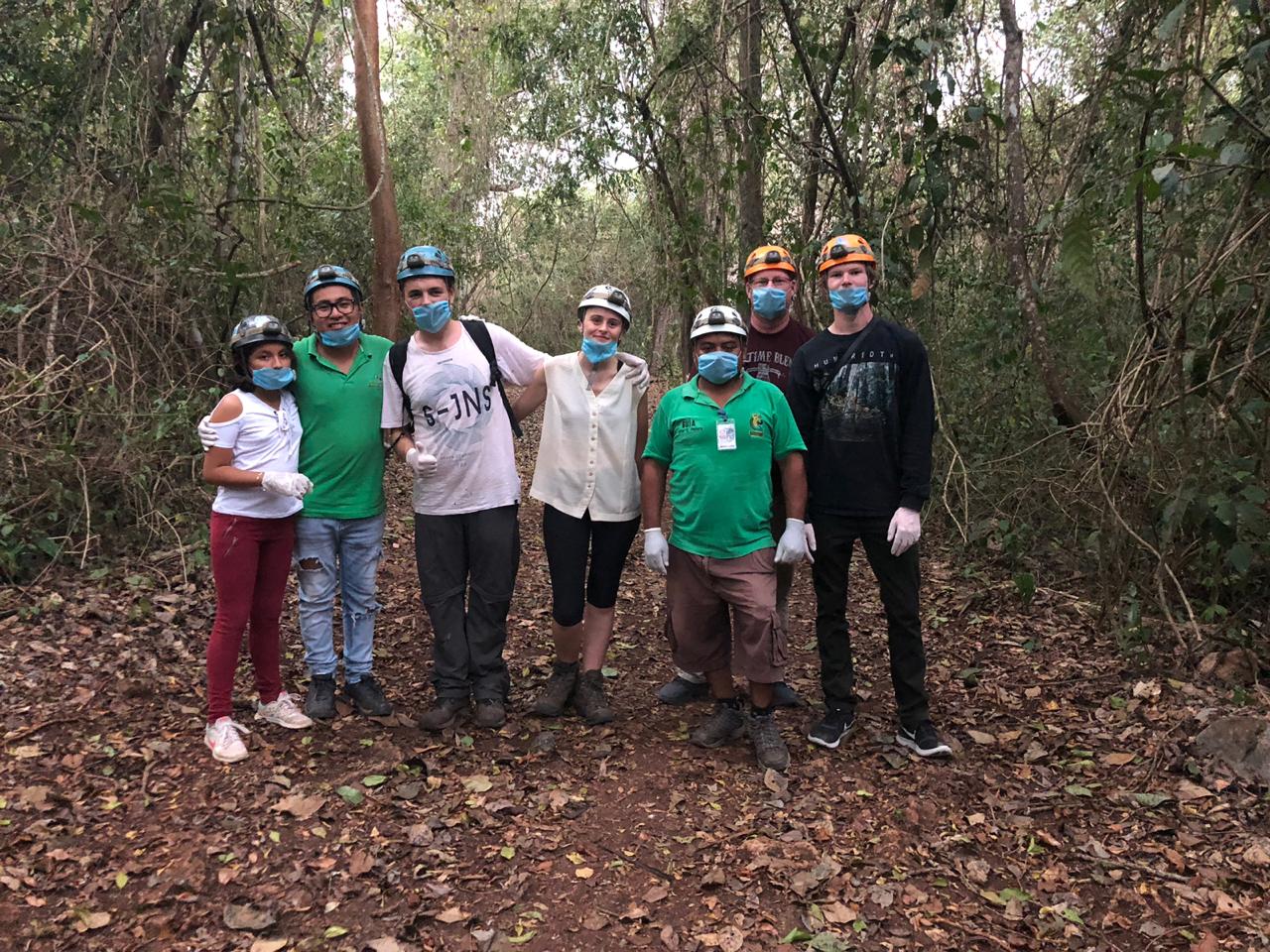